All of us can use a little help from time to time. Yes, often in the digestive health department, too.

Let’s be honest: irregularity and gut issues can strike at any time, affecting even the best of us— including constipation, diarrhea, IBS symptoms, and more. If you’re searching for a natural way for supporting minor upsets like these, what are some of the best options? If you’ve never heard of psyllium husk— a herbal treatment for digestive issues— its true nature may surprise you. On one hand, it’s one of the best natural remedies for digestive irregularity issues. On the other, it’s likely you’ve already tried some form of it at one time or another!

What is Psyllium Husk?

Psyllium husk comes from the seeds of the psyllium plant, known scientifically as Plantago psyllium, Plantago ovata, or other species from their same genus or family. It is by no means an exotic or rare plant at all. It belongs to a large family of plants commonly found in the wild and that grows as weeds all over the world! For harvesting and processing psyllium husk, these plants are cultivated and grown commercially.

Psyllium husk is incredibly rich in fiber, one of the best gut macronutrients. In fact, if you didn’t know already, most over-the-counter fiber powders you can buy contain psyllium husk or some ingredient derived from it! Psyllium husk is processed from the delicate fibrous coating formed around the seed of the psyllium plant, which (not unlike chia seeds), forms a soft soluble fiber called “mucilage” when it’s exposed to water. This fiber source is incredibly therapeutic: soothing inflamed tissues, helping allay diarrhea, constipation, sometimes upset stomach, and toning the entire digestive tract when taken regularly. Nowadays, psyllium is one of the most commonly used safe and natural laxatives, the top benefit it is known for.

One of the best natural sources of fiber out there, psyllium husk is capable of offering quite a few other health benefits too— and not just in the digestive category. Besides improving regularity and overall gut health, psyllium husk is shown by scientific studies to also be helpful for:

for fiber needs, laxative use, or for digestive health only, finding a high quality, natural whole psyllium husk supplement can achieve far more beyond the gastrointestinal system— psyllium husk benefits can support, prevent, and reduce the risk of all sorts of diseases!

Think your digestive track could benefit from a psyllium husk fiber-boost? Have a look at our gentle, yet cleansing Dr. Tobias Psyllium Daily Supplement. These psyllium capsules can be taken on a daily bases to support healthy bowl function, cleanse toxins from the body, and even support weight loss! 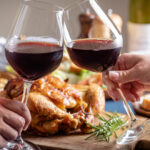 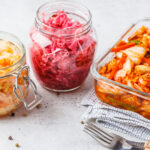 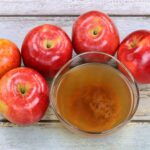